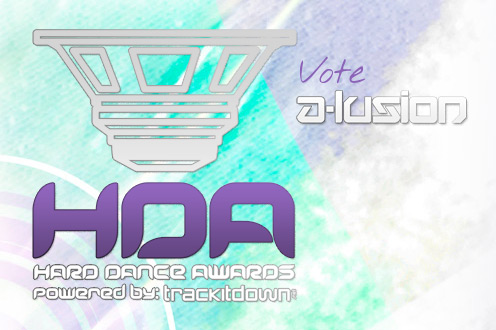 2011 has witnessed our scene break out into the mainstream and the 9th Hard Dance Awards powered by Trackitdown.net is preparing to showcase this success when voting starts on 2nd January!

Since 2003, the Hard Dance Awards team have worked tirelessly to create the ultimate annual celebration of worldwide hard music culture. From the first ever ceremony and event at the seminal London venue The End to representing at the 4000 capacity Brixton Academy, the Hard Dance Awards powered by Trackitdown.net has continually tracked the evolution and successes of our vibrant community.

Trackitdown.net is the world’s number one download and merchandise store for hard music across all sounds and styles. Showcasing since 2004, the team at Trackitdown.net have supported the Hard Dance Awards throughout its history and are currently building a brand new website for your votes.

The 9th edition marks an exciting new chapter for the Hard Dance Awards as the ceremony will be held outside the UK for the very first time. Following the trend that has propelled numerous Dutch hard DJs into the DJ Mag Top 100 Poll in 2011, we are very proud to take the show to the mighty Matrixx club in The Netherlands on Friday March 9th 2012.

A-lusion lives only 10 kilometres away from this mighty club. So how great would it be to honour him with an award, so close to his home.
How crazy would an afterparty in his studio be? Show your support if you like what A-lusion has been doing in the past 9 years. Vote A-lusion as your favourite artist.

Holland is not only home to the world’s biggest hard DJs, but with dedicated events attracting up to 40,000 party goers it makes complete sense to take the industry standard awards ceremony to the current heartland after 8 years touring the UK. The line-up promises to be world class with artists from more countries representing on the decks than ever before so stand by for action!