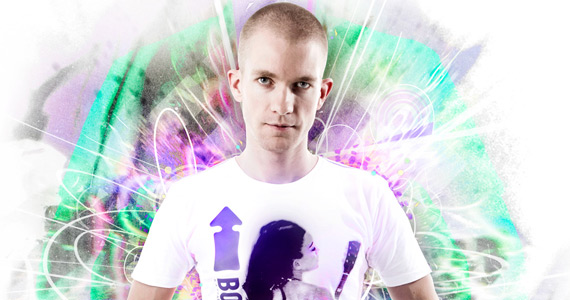 With an esteemed musical background, A-lusion has become one of the most important
figures within his genre. Over 75 tracks bear the name A-lusion along with a huge list of
performances on some of the hard dance music’s biggest stages. He has worked on many
different projects. In 2009, A-lusion launched “Second Identity” with his good friend and
colleague, Scope DJ. The project resulted in a very successful artist album and numerous
bookings all over the world! To start off 2012, A-lusion unveils his brand new and innovative
concept to the world. Music, in whatever genre imaginable, is always made to entertain
and guide us on our path of life. Whether it’s pop, rock or hard dance music, its purpose is
the same. It is these views and his past experiences that have empowered him to share his
vision of hard dance music in the form of the “Out in the Open” series.

“Out in the Open – Music, that moves you, makes you move and is always moving.”

Using the skills acquired over almost a decade in music, A-lusion will combine different
styles with his unique sound. By breaking boundaries, “Out in the Open” will introduce
another level of diversity into the scene. You can expect any real world or synthesized sound
in this album series, which is focused on the past, present and future of hard dance music.
Around every six months, A-lusion will present a new episode of “Out in the Open”. Each
of those episodes will contain various unique tracks. Collaborations with A-lusion’s most
inspirational colleagues will accompany solo work of the highest quality in all varieties.

The new A-lusion website has been launched to reflect the announcement of “Out in the
Open” and the update includes an entirely new design! There you will find all the info you
need to get your hands on the first episode titled Start Living. Stay up to date with A-
lusion and much more! Check it out here: https://www.a-lusion.com

The first episode will be available exclusively at http://
Hardstyle.com from the 9th of January 2012.

This is only the beginning of “Out in the Open”. There is a bright future ahead, one that will
highlight the open-minded and supportive views of hard dance followers around the globe.
The question is, are you ready to go out in the open with A-lusion?