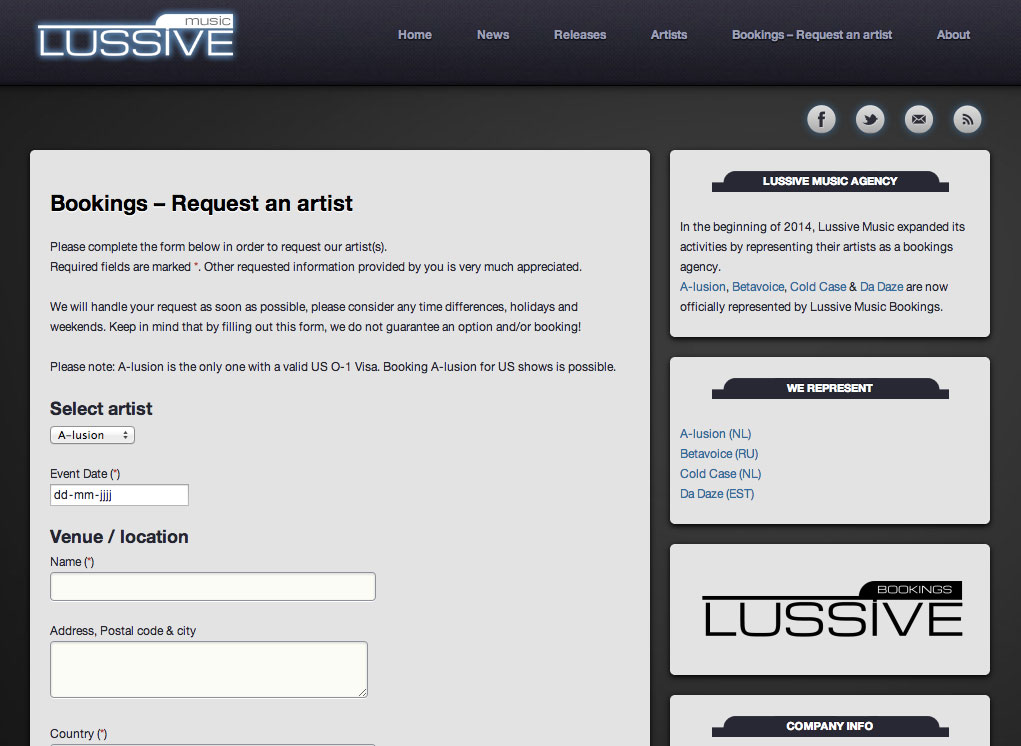 As of today, A-lusion’s bookings are handled by Lussive Music Bookings.
Lussive Music started as a music label back in 2012, by releasing A-lusion’s first Out in The Open episode.
Now, 25 releases later, the label expands its business with a bookings agency department.

A-lusion:
“My label Lussive Music has been developing and growing for the past two years. What started out as a simple label for releasing my own music, grew to a label with multiple artists in both raw- and hardstyle. The Lussive Music team is growing and this opens up new possibilities.
I have been working with Make You Dance Bookings for many years. I want to thank them for handling my bookings and wish them all the best in the future.”

A-lusion will be performing on various festivals this summer. The following performances are confirmed:

A-lusion is working on his third Out in The Open album and already finished about 10 tracks.
2 of them are already released as singles. (Are You Ready and All These Symbols)

For more information about booking A-lusion, contact Lussive Music Bookings.
You can make an online request: